LED lights produce light at a low temperature and because of that they don’t overheat, so you can safely leave LED lights on for a long period. LEDs use non-thermal conversion of electrical energy into light energy known as electroluminescence technology or “EL” and it does not need heat to produce light. So LEDs themselves will not get hot to start a fire.

Overheating is the biggest reason a light bulb could start a fire, but that is very unlikely to happen with LED lights bulbs.

If you have a habit of leaving your LED lights on for long periods you can do it safely. The only negative thing about leaving your lights on is energy consumption and the cost of that.

Cost to leave a LED light bulb on for 8 hours?

Does turning LED lights on and off shorten their life?

If you turn fluorescent lights on and off several times it’s going to reduce the lifetime of the light source but, LEDs are not affected the same way.

You can safely turn  LEDs on and off without risking to reduce the lifetime of light-emitting diode (LED).

It is your choice whether LED lights stay on or are switched off. Another nice feature of the LED bulbs is that unlike other lights, LED bulbs do not need several minutes to become bright enough to use, so it makes sense to turn any LED light off when it is not in use.

Should you turn off the LED lights in a larger building?

If you have a larger building equipped with LED lights, you should consider having the bulbs on sensor switches that turn on when people are in that section of the building, and that will switch off when there has been no movement for a while.

If you want to have your lights on for security reasons when you’re away but, don’t like the idea of having them on 24/7 you should think about getting Dusk to Dawn sensor lights. 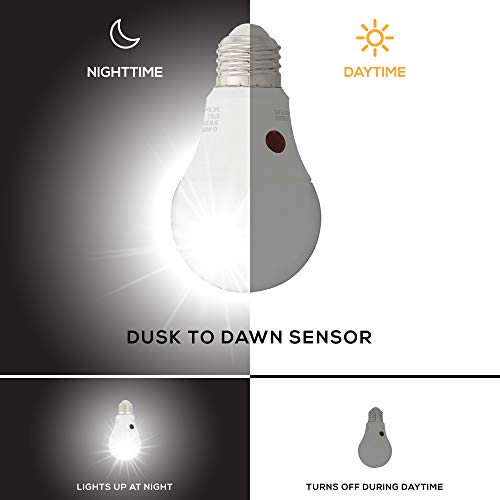 These LEDs are equipped with a photocell light sensor and it turns the bulb on at night and shuts it off during the day.

Photocell light sensor LEDs can be used indoors and outdoors.

There is a study of convicted burglars by the University of North Carolina at Charlotte Department of Criminal Justice & Criminology found that 24% of them would consider the presence of lighting when choosing a home to target.

There are more benefits to leaving your LED lights on for longer periods than not. Especially if you consider the cost of leaving your lights on versus what a burglary may cost you in money and emotional stress.