Your LED light bulb feels hot to the touch and, now you’re concerned that it could catch fire and do some real damage?

I understand your concern, after all, electrical fires are the second leading cause of US home fires after unattended cooking.

As an electrician, I’ve got numerous questions about LED bulbs if they can overheat and start a fire. LED bulbs can get hot but, not so hot that it would be a fire hazard.

You would need something external that heats up the LED light bulb and the bulb should be made of plastic before it could catch fire or a manufacturing default.

If you’re worried that your Led light bulb is faulty and can overheat, you can check for recalls on the CONSUMER PRODUCT SAFETY COMMISSION SITE. Overheating is one of the probable reasons a bulb could start a fire, but that is very unlikely to happen with LED light bulbs. You may have noticed that they feel hot to touch, but they produce light at a significantly lower temperature than other bulbs. The normal temperature for a lit LED bulb is about 87F.

Easily test our LED bulbs if they are too hot or not:  A good thumb rule is that the LED bulb shouldn’t get any warmer than you can comfortably hold.

LED lights do not emit light from a vacuum as most other traditional bulbs do. The illumination is produced by something solid known as a semiconductor.

One of the reasons LED lights have such a long life span is because the technology in place uses a heat sink, located at the base of the bulb. This pulls most of the heat to one area and keeps the electronics moderately cool. The hottest part of an LED bulb is approximately half the temperature of a halogen or incandescent bulb but, then again it emits the same amount of light.

Traditional light bulbs lose between 60 percent and 95 percent of their power to heat, so traditional bulbs are considerably more likely to be a fire hazard than LED lights.

How to avoid overheating of LED bulbs

Let’s go over how to avoid overheating of LED bulbs.

Ambient temperature is not affected by LED lights, because of that, it makes them suitable for use in small and contained areas, or temperature-controlled environments, so you can safely use them in those places.

If you are planning to enclose your light bulb in a light fixture, it can prevent the heat from dissipating properly, increasing the chances of the bulb overheating, if you want to play it safe, use a LED bulb that is suitable for an enclosed fixture, the package should read “Enclosed Fixture Rated.” 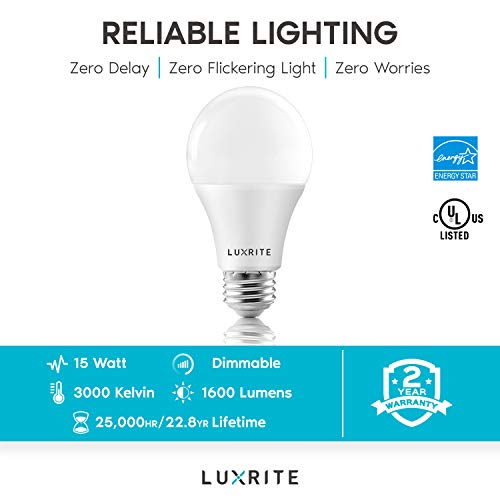 One of the reasons why LED bulbs can be a fire hazard, is faulty wiring. Electrical fires are a common cause of fires, but this is often because of bad wiring, not the LED bulb in use.

If you ain’t sure about the condition of your wires it’s always a good idea to have an electrician assess the wiring, particularly if you live in an old house, move into a new house, or if there is evidence of rodents. Rodents can sometimes chew through insulation wires and this can cause a short and that is a big fire hazard.

Also, remember to check when buying a new bulb that the bulb is UL tested. The UL Listed seal means that the LED bulb has been tested by UL to nationally recognized safety and sustainability standards.

You should also consider that some LEDs are meant to be used in dry locations and others in wet locations, so make sure you get the right bulb for your specific need.

Can you leave LED lights on for a longer period of time and is it a fire hazard?

Leaving a light bulb on for long periods is viewed as a fire hazard. You might have done it sometimes with no harmful consequences, but it is usually unwise.

Between the years 2004-2008, there were, on average, 270 home fires started in the US every year due to Christmas trees. An extra 150 home fires per year were caused by decorative and festive lights. These types of lights tend to be left switched on for long periods. And with Christmas trees, they’re wrapped around highly flammable material.

So, for the safest option, you should not be leaving your lights on for too long. There are always timers and related devices that can help switch on the lights at a suitable time for you.

Do you need a home security system with fire detection? Fill out the form and get a free quote today.

Is it bad to sleep with Christmas lights on?

But if you have to leave them on, are LED lights safer than other types of light bulbs?

Well, you’ve learned that LED lights are nowhere near as hot as incandescents. That makes touch fires very unlikely. And, if you installed everything correctly, you should not worry that your LED lights could start a fire. But then again, why not save some energy and turn them off when going to bed.