You can use a regular light bulb in a refrigerator if it fits, but it is not smart to do so. There are bulbs specially made for refrigerators and these appliance bulbs handle lower temperatures better than standard bulbs and, they are often shatterproof too. 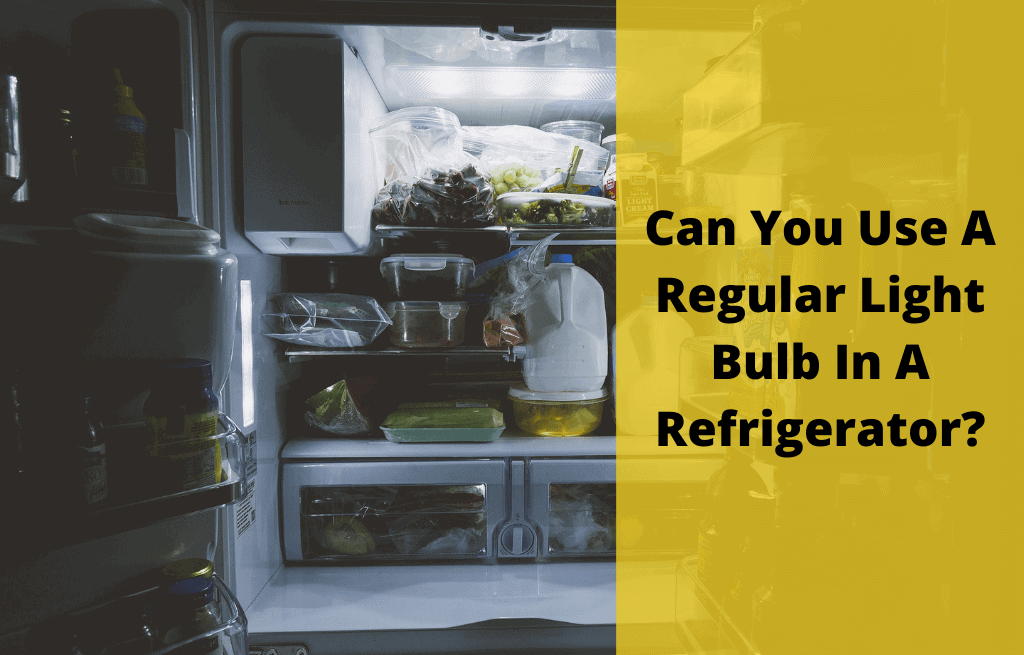 Is a refrigerator light bulb special?

The difference between a regular bulb and an appliance bulb is that the bulb is specially designed to withstand high and low temperatures. It also has a rugged filament that resists vibration, making it ideal for microwaves, refrigerators, and ovens.

What kind of bulb to use in a refrigerator?

The best choice is to get an appliance bulb.

These appliance A15 bulbs are usually available in 25 or 40-watt clear glass incandescents or 5-watts (equivalent to a 40W incandescent light bulb) in LED versions and come with a standard E26 medium screw base.

The A15 bulbs are a little smaller in size than the A19 incandescents.

Is a refrigerator bulb the same as an oven bulb? 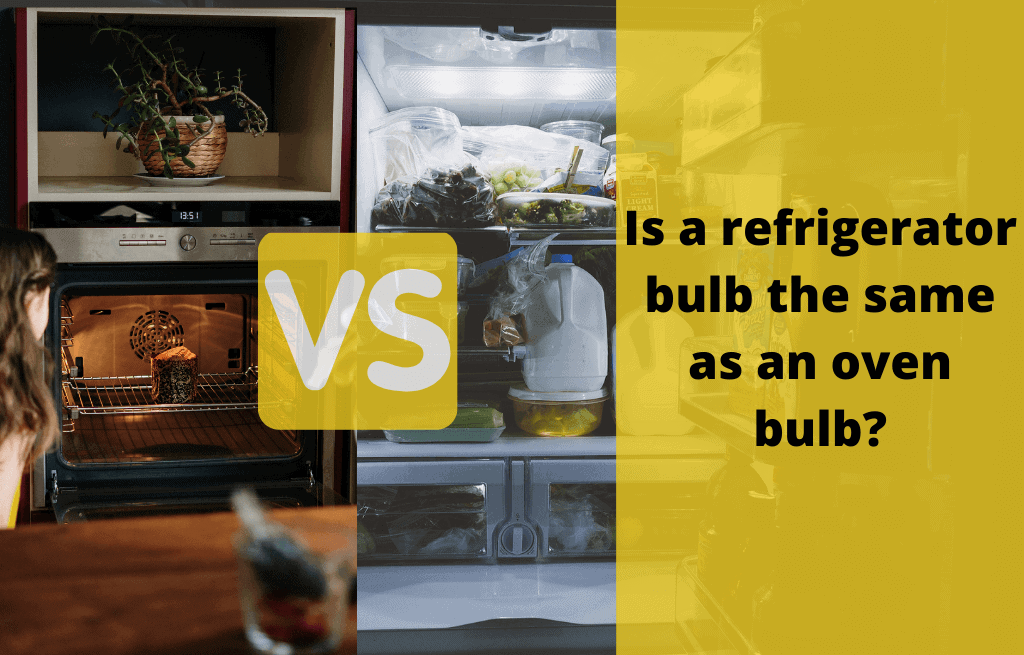 You may think that is a smart move to change the old incandescent bulb in the oven to a similar LED bulb you got in the refrigerator. It´s a great idea when you first think about it, you save money by using LEDs and they got a much longer lifespan, but LEDs don’t like the heat from the oven.

The oven’s high temperature is going to ruin the LED bulb and probably melt it too. There is also a danger that the LED bulb will damage your oven and its light bulb socket. So don’t put a LED bulb in your oven.

What happens if you use a 40w bulb instead of the old 25w in the refrigerator?

Power ratings are typically based on what the item can allow. Putting a 40W bulb in a 25W socket, probably won’t cause a problem.

How long does a refrigerator light bulb last LED vs Incandescent?

Besides the moderate usage time per day another circumstance that causes the refrigerator light bulb to last long is that an appliance bulb is not designed for 1000 hours like regular A-19 bulbs are, but for longer life. For example, the 40W A-15 clear incandescent bulb’s rated life is 1750 hours, not 1000 hours.

The LED bulb is on a complete own level when talking about lifespan, it will last for up to 15,000 hours of continuous use, that’s many openings and closings of the refrigerator door.

Things to consider when changing the refrigerator bulb

Remember that when in doubt, the smartest thing you can do is read your appliance’s manual and fully read the specs of any light bulb you consider.

Also, it’s super important to disconnect power from the refrigerator before replacing the bulb for both your safety and to protect the light circuit. When the fridge door is open, the voltage is provided to the lamp socket.